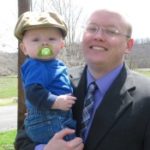 In the beginning, God made mankind, males and females, in His image (Gen. 1:26-28). Man was meant to mirror God, to reflect Him. Human purpose and value, therefore, is determined by God, not man.

But do Christians consistently believe that all mankind was made in God’s image to reflect His own glory back to Him?

If the answer is “yes,” then we will seek to view our fellow image-bearers as God’s mirrors who display His glory. If the answer is “no,” then we will value humanity as something less than God’s mirror, as something less than God’s image. And what we do reveals what we truly or consistently believe about God and man. In order words, you and I live out our beliefs, and if we choose to view porn, it’s because we either don’t believe God’s word or we struggle to consistently believe God’s word. One cannot say, “I believe man is made in God’s image,” while simultaneously living like that isn’t true. We live what we consistently believe.

Therefore, when you lust after another human being, you necessarily affirm these 10 lies:

1. Your object does not have a mind. Yes, I said object. In order to enjoy a human being sexually, the way God intended, you must be married to the individual. Otherwise, as you merely appreciate the object’s outward beauty, you necessarily separate its mind from its outward appearance. You thus necessarily affirm the lie that some humans were not created in God’s image.

2. Your object is less valuable than a human being. All humans are more valuable than their physical appearances and their sexual availability. Their value comes ultimately from their Creator (Gen. 1:27). As you lust after another human, you do notvalue the main elements that make him or her valuable in God’s eyes. Outward beauty fades and changes depending on culture and time; however, beauty in God’s eyes is bound up in His marvelous creating work. All humans are fearfully and wonderfully made (Ps. 139:13-16).

3. Your object does not need a spouse. Humans are created to eventually get married. Adam needed a helper, and God provided him with Eve (Genesis 2:20-24). The apostle Paul even argued that those who don’t get married have a spiritual gift of singleness. Most people however do not have this spiritual gift (1 Cor. 7:6-7). No unbelievers possess this gift. Marriage is assumed in Scripture; and you deny that your object needs a human spouse since your object is merely an avenue for lust; and you affirm instead that your object needs a de-humanizer (you).

4. You do not need protection or your object does not need protection. In the Scriptures, husbands are expected to protect their wives (1 Pet. 3:7). When you look at a woman sexually, and she is not your wife, you are unconcerned about protecting her. If you were concerned about protecting her, you would desire to protect her before you looked at her sexually. In other words, marriage and protection are a result of love, and come before sex. Furthermore, by you lustfully using this woman, you are doing the opposite of protecting her; you are using her for sexual immorality against her will!

5. Your object was not made in God’s image. When you view a man or a woman as a sex object, you see him or her as created in the likeness of something less than the image of God. You might value them a little higher than the animals; but, not as a human being, as God intended.

6. God should not be glorified for creating this inhumane object.That’s the consistent end of believing that God merely created an “object” for lust when He created the human being you’re lusting after. In other words, you must call God a liar in order to treat His humans as something less than His image-bearers. If you are a professed Christian, then you represent Christ in all that you do, including in how you think and what you think. By treating God’s image-bearers as merely objects for sexual lust, you value their appearance above everything else about them; thus, you only value God’s creating ability in their outward appearance. The Bible however indicates that every element of every human being was fearfully and wonderfully made, not merely their outward appearance (Gen. 1:27, Ps. 139:14).

7. Your object is not human. Your object’s humanity includes more than him or her being viewed as an avenue for sexual lust. If they are stripped of everything except their sexual worth, then they are diminished to something less than human, slightly above an animal, if that. If you think deeply about this, thousands of women are being sold into the sex trade every year. Their owners value them onlyin a sexual way. Why would you only value men or women in a sexual way? In your mind, your object of lust is your slave. After all, are you not valuing this human being in exactly the same manner as those men who are involved in the sex trade?

9. I am god. The body is not meant for sexual immorality, but for the Lord (1 Cor. 6:13). If you are a Christian then you are not your own, for you were bought with the blood of Christ (1 Cor. 7:23). In order to use your body for sexual immorality, you must deny God’s authority, and redefine the reason why He gave you your body. Thus, in order to lust you must claim that you are god. Otherwise, you would use your body—a body that belongs to the Lord—for His glory alone; not your own.

Therefore, repent, enjoy the good news, enjoy God’s reflection in His image bearers, and enjoy God by reflecting Him. May we do what we were created to do.

How do our limits reflect God’s design?