5 ways pastors can equip their congregations to use social media 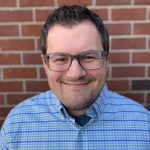 Social media is no longer “new.” Pastors and church leaders can no longer avoid social media as some have for the better part of a decade because they thought it was a fad that would go away. In fact, it has a greater influence in many churches today than the pastors and lay leaders themselves. This makes sense, doesn’t it? Data suggests people spend at least two hours a day on social media, but people in our churches may only spend that much time in an entire week engaging in church ministries. Of course, then, social media and the vanity fair of fancies it puts in front of our faces would be more influential to our people.

Before we explore how pastors can equip their congregations to use social media wisely, let’s admit up front pastors aren’t often very good at using it wisely themselves. So, how might pastors who have corralled their relationship with social media into some degree of maturity lead their congregations to do the same? We could explore dozens of ways, but let’s look at five.

Ask fellow pastors or your spouse to evaluate your relationship with social media. Maybe you’re not starting fights and cursing people out on Facebook, but maybe you scroll Twitter too much or you’ve been quietly led astray by a YouTuber’s conspiracy theories. Ask people close to you to honestly evaluate your relationship with social media. Make improvements, and then encourage your church to do the same.

2. Study social media to better understand it yourself

I correspond with many pastors who, by their own admission, simply don’t understand social media. They confess they have held onto the mentality that “social media is just a fad” for far too long. They now see the unmatched influence in their churches, and they don’t know what to do. Of course, the best time to start studying and learning about social media was over a decade ago, but the second-best time is now.

I recently published a book called Terms of Service that explains the evolution of the internet and how we got where we are today with social media. That may be helpful for you. But read other books, too, like The Shallows by Nicholas Carr or Ten Arguments for Deleting Your Social Media Account Right Now by Jaron Lanier. Those books, written by non-Christians, are helpful for understanding the social internet and how it influences our lives. Start with one of these, or all of them, and you’ll have a great baseline knowledge of social media.

Seeing people face to face and in person is vastly richer than consuming sermon content on the internet. Virtual Bible studies are fine, but they’re not nearly as good as getting together with men or women in living rooms and coffee shops. As you lead your churches into an increasingly virtual future, encourage the embodied experience of the local church over the virtual consumption of Christian content. Both are valuable, but the latter cannot supplant the former. We must not let it.

Have you ever had a conversation with someone talking about the internet and they say something to the effect of, “Well that’s what happens on the internet, but in real life . . .” with “real life” meaning “what happens offline”?

A pastor told me a story about a woman in his church who posted on one of her social media accounts that she was having a rough week, explaining in some ambiguous details what was going on. Someone from the church saw the social media post, recognized it as a possible call for help, and suggested church leadership reach out to the woman to check in with her and see what the church could do to love her and come alongside her.

When a church leader who knew the woman reached out to her, the church member responded in a rather shocking way. She was offended a church leader reached out and tried to help, citing what she posted on social media. Why was the church member offended? In short, though her social media profile was public and available for the world to see, she told the church leaders, “I posted asking for encouragement from my online community, not my offline community.” The woman also expressed, “My online life is private,” and she said it shouldn’t be of concern to anyone at the church.

We forget, like the church member in distress, who we are and what we do on the internet is as much a part of our “real lives” as what we do when we’re at church or going to the grocery store. In fact, I would argue that it’s a better picture of who we really are than when we are at church or the grocery store because often, how we act on the internet is how we act when we think no one is looking—even though the entire world may be able to see us.

5. Establish a culture of accountability

Finally, I want to encourage pastors to establish a culture of accountability in their churches. A culture in which it’s normal, not taboo, to get together with fellow church members and talk about how we fail, sin, and need help to become more like Christ. Social media can blind us to the ways we misuse it, and we often need guides to help us navigate how to use social media in a Christlike way. A culture of accountability in the local church makes it easier to call one another out for foolish social media activity.

Social media is at the center of our culture right now. It touches everything, and it’s well past time that the church pays attention to it and how it’s affecting the church. Because of our sin, we will not stumble into a right relationship with social media. If we hope to use social media wisely and encourage church members to do the same, we need to be intentional.This article originally appeared at Lifeway research.