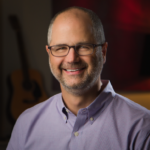 Recently, as a courtesy to parents of young children, I announced to our church through email that I would be speaking on the pro-life/pro-choice conversation in a sermon. Strong opinions about my sermon soon landed in my inbox—before I gave the sermon. I started to think that I would rather stay home and chew tin foil then continue with this plan.

But then I remembered my calling as a minister to teach the whole word of God, whether in season or out of season, whether convenient or inconvenient, whether culturally engaging or culturally offensive. Teaching God’s word selectively would make me a charlatan at worst and a coward at best.

So I went ahead with it. (You can listen to that sermon here) But before doing so, I decided to discuss the issue with several medical professionals, some on the “pro-life” side and others on the “pro-choice” side, including a handful of abortion providers. I thought it was only fair that if I was going to speak publicly on this issue, I should hear directly from all the perspectives. After listening to all sides and running each perspective through the purifying filter of Scripture, I came to a conclusion.

In his letter to the early church, James writes that we must show no partiality. He reiterates what Jesus said was the greatest commandment in relation to our fellow human beings—to love our neighbor as we love ourselves (James 2:1, 8). In writing these words, James was addressing a problem that he saw in the first century church. Partiality was being shown to affluent, successful, famous people because everyone was trying to climb the social ladder. While the privileged were receiving VIP treatment in the church, the poor were overlooked. This, according to James, was wrong. In the church, every person is supposed to get the VIP treatment because every person, wealthy or poor, obscure or famous, strong or with special needs, mother or infant, is a carrier of the divine imprint. Every human bears the image of God. As Martin Luther King, Jr. aptly said, “There are no gradations in the image of God . . . God made us to live together as brothers (and sisters) and to respect the dignity and worth of every (hu)man.”

This is where the pro-life vs. pro-choice discussion breaks down. Though it would be unfair to label either side as being completely heartless and having zero compassion, neither side is known by the other for honoring the dignity of every human in the equation. Now, I know many pro-life advocates who extend large doses of compassion and aid to both mothers and children through advocacy, orphan care, adoption, pro-bono health care, and the like—but this narrative, unfortunately, usually gets lost in the politics and the shouting and the caricatures. Truth be told, neither side has made a compelling case to the other that it understands or cares about the concerns of the other.

Pro-life advocates allege that pro-choice is not an accurate term but rather is a euphemism, because only one person in the equation gets to choose the destiny of all people in the equation, namely the mother. She has full decision-making power and the person inside of her has no decision making power, no voice, and no ability to defend her (or his) own rights. The belief that a woman should have jurisdiction over her own body also breaks down, because roughly fifty percent of infants in utero are girls who don’t get a choice about what happens to their bodies.

Conversely, pro-choice advocates allege that pro-life is also a euphemism. For example, an abortion provider said that as far as he can tell, “The so-called pro-life position only applies to one kind of life. In my experience,” the doctor said, “once the infant is born, pro-life people seem to disappear from the picture.” He went on to say that over sixty percent of women who come in for an abortion are alone and live in poverty. Many come to him under pressure from a husband or boyfriend—or even a parent—threatening abandonment if the pregnancy is not “taken care of.” Though there are many valiant behind-the-scenes efforts made by pro-life advocates for mothers, rarely has this doctor himself seen or heard a “pro-life” person express concern for the pressures that tempt many mothers to make this tragic, irreversible choice.

Sympathetic to this doctor’s concerns, a pro-life Christian doctor from our church said that we need something even more than making abortion illegal. Rather, Christians need to work together to make abortion unthinkable through movements that lead vulnerable, scared women to believe with confidence that the church, not the clinic, will offer the best and most loving short and long term solutions for both mother and child.

And so it goes. Both sides are right in advocating for someone who is in a weak and distressed position. Both sides are wrong when they advocate exclusively for one party and completely dismiss the other. When this happens, neither seems to be fully in line with what James called “true religion,” which is to attend to widows and orphans—to vulnerable women and children—in their affliction. (James 1:27)

If we don’t show deep concern for both mother and child, and if we aren’t willing to make long term, personal sacrifices to address the unique vulnerabilities of both, then our religion is lopsided. Until we become both/and on this issue, and until we comprehensively and compassionately address the vulnerabilities of every life that is at-risk, our religion is not true.

And, if you are tempted right now to yell at your computer screen, I humbly rest my case.

The essay above is an adapted excerpt from Befriend: Create Belonging in an Age of Judgment, Isolation, and Fear

Scott Sauls is senior pastor of Christ Presbyterian Church in Nashville, Tennessee.  A graduate of Furman University and Covenant Seminary, Scott is married to Patti and is dad to Abby and Ellie. Read More by this Author