How should I talk to my teenager about vaping? 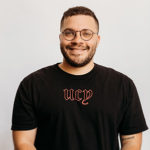 It was 2006, and my friends and I nervously passed around a cigarette behind our middle school.

We had heard the talking points before:

But, there we were, away from the watchful eye of our parents, smoking.

Not your grandfather’s cigarette

As I enter my 10th year of serving as a student pastor, I’ve found that I couldn’t agree more with the famous statement by Jean-Baptiste Alphonse Karr, “the more things change, the more they stay the same.”

One of the most common conversations I have with parents in my ministry revolves around the underage use of e-cigarettes or, as it is more commonly referred to by teenagers, “vaping.” E-cigarettes are battery-powered devices that are easy to hide and can look like flash drives. These devices mimic cigarettes by heating liquids with nicotine salts or THC oils (marijuana). E-cigarettes are not as detectable as traditional cigarettes because the user exhales a mist of vaporized particles instead of tobacco smoke.

The most recent National Youth Tobacco Study found that more than 2 million youth use e-cigarettes. That represents 11.3% of high school and 2.8% of middle school students nationally. It is no wonder why the conversation is so typical.

Shockingly, the NYTS found that almost 1 in 4 e-cigarette users smoke daily and concluded that “disturbingly high rates of frequent and daily e-cigarette usage suggests that many teens have a strong dependence on nicotine.” Another contributing factor to the rising dependence on nicotine may be the actual concentration in the e-cigarette itself. JUUL, one of the most popular brands of e-cigarettes, claims their 3% JUULpod (JUUL’s lowest strength pod) contains approximately 23 mg of total nicotine. The average pack of cigarettes contains 22 to 36 mg of nicotine.

So what do I say to my teenager about vaping?

You could say that:

You wouldn’t be wrong to say those things. You might not be convincing either. How often has someone in authority told you not to do something you wanted to do because it was “bad” for you? How many times did you listen? You get my point.

If you haven’t read “The Expulsive Power of a New Affection” by Scottish minister and professor of theology Thomas Chalmers, you should. He argues, “The love of the world cannot be expunged by a mere demonstration of the world’s worthlessness. But may it not be supplanted by the love of that which is more worthy than itself?”

You are going to need something more than a demonstration of the worthlessness of vaping, no matter how compelling it may be, to guard your child against the temptation to vape.

James 1:14 says, “But each person is tempted when he is lured and enticed by his own desire.” The Bible says your teenager will experience the temptation to vape because of their desire for their peers’ acceptance, a desire not to be made fun of for refusing, or their desire for the flavor and buzz that vaping gives them.

The reality is if you want to protect your child from the temptation of vaping, the best option at your disposal is to ignite in them a stronger desire than acceptance, avoiding suffering, and temporary pleasure.

Jesus said it plainly in John 14:15, “If you love me, you will keep my commandments.” And this is precisely Chalmers’ point. A strong desire, or love, for Jesus is the best hope your child can have to expel their worldly desires and choose their Savior over their sin.

Will your child avoid all temptation? No. Will they make mistakes? Yes.

Getting the conversation started

When it comes to dialogue with teenagers, asking questions can be more effective than making statements. Questions get them to talk more, you to talk less, and can reveal how they filter the world.

So when it comes to talking to your teenager about vaping, try this.

Listen to what your child has to say. It may surprise you how quickly they confess and clarify the true desires of their heart. The work begins when your child reveals a desire other than following God’s best for their life.

Where do I go from here?

If your teenager feels like today’s temptation to vape and its consequences seem small, help them see that tomorrow’s temptations are much larger and come with significant consequences. The result of those later temptations will be more than losing cell phone privileges and not being able to go to the game on Friday night with your friends. Show them that refusing to give in to the small temptations actually equips them to reject more considerable temptations in the future.

Instead of showing them how their desire is worthless, offer them a desire for something more worthy. In Matthew 16, Jesus instructs his followers, “If anyone wants to follow me, he must deny himself.” For the follower of Christ, self-denial is not a practice; it is a way of life. It is a choice to find life by emptying oneself of worldly desires.

Let me remind you that you are not in this alone. There is heavenly wisdom in the gathering of the local church. God has given you a community of believers to encourage you and your student to choose faithfulness to God over the fleeting desires of our sinful hearts. To hold you up when you feel like you have blown it as a parent. To speak words of life to your teenager when nothing you say seems to make a difference.

Remember the encouragement of Psalm 119:9, “How can a young man keep his way pure? By guarding it according to your Word.” I am praying Ephesians 3:17-19 over you and your student, that Christ would make his home in your hearts as you trust him and that God’s love would make you strong enough to choose a life complete with all the fullness and power that comes from God, not the world.

Patrick currently serves as the lead youth pastor for United City Church. Patrick received his bachelor's in Youth Ministry and Preaching with a minor in Biblical Studies from Johnson University. He is married to Kylie Jo, and they have three children: Judah, Theo, and Phoebe Jo. Read More by this Author

The hardship, humility, and reward of motherhood

How Send Relief is helping churches get involved in foster care