When do some Christians justify stealing? 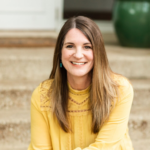 I have two clear memories of committing theft before the age of 3 ½ . I know what my age was because we moved to Texas the summer after my third birthday, and the memories are definitely from Alabama. The first act of thievery occurred at the local hardware store, where I pilfered a small ceramic hook from a bin placed at my eye level. It was shaped like a swan. So, obviously, I took it. The second act occurred at the nextdoor neighbor’s house. I helped myself to a bracelet, the kind made of elastic and plastic jewels that usually comes in a set with a tiara and a ring. One does not conceal such a piece of glam, and thus, my mother noticed it on my skinny wrist and promptly ordered me to return it. She had also spotted the swan before we made it to the parking lot.

Here is the moral of my story: if you’re going to steal, be better at it than I was.

No, the moral of my story is that we determine at a young age that ill-gotten gain is gain, nonetheless. The lure of stealing is that we might gain “something for nothing.” But all stealing is gain at someone else’s unwilling expense, whether that expense is small or large.

Against all logic, Christians steal like everyone else, seeking to gain at someone else’s expense. If only we could learn from Jacob’s story that God has already given us birthright and blessing in Christ. Innumerable riches. In him we have an imperishable inheritance that is kept in heaven for us. But heaven is annoyingly invisible, so we turn to the visible and find that we would just as soon store up treasure here.

These are the kinds of stealing that we wink at or give no thought to, scarcely even identifying them as sinful. They are the ones we can most easily convince ourselves are of no harm to anyone, so why not? What sets them apart is that we believe them to be victimless. One of the most common locations for such stealing is the workplace.

Studies show that people justify workplace theft because a corporation doesn’t have feelings. People who would never steal money from the wallet of a supervisor will fudge an expense report or steal office supplies without a thought. They steal time by scrolling social media during work hours or by taking sick leave when they are not sick. Because the company is less personal, a crime against it does not feel like an act of violence or contempt. It feels victimless. And because it is unlikely we will get caught, we feel safe in our minor trespasses.

Another popular place to secure a five-finger discount is a hotel room. Hotels routinely lose towels, robes, and even sheets to guests who would no doubt have taken the lamps if they hadn’t been bolted down. Which is exactly why they are, by the way. Again, because a hotel doesn’t have feelings, we reason no real harm is done. And because we will be miles away by the time a towel is discovered to have gone missing, we feel safe in swiping it.

But think how differently we behave when staying in the home of a friend or relative. Far from stealing the linens, we take care to make the bed and fold the towel before we depart. The reason for this change of character has everything to do with the two critical factors we have noted: relationship and likelihood of getting caught. We know and are known by the owner. Whereas a hotel may not notice the loss, our mothers probably would. And because we care about our mothers, we do not trespass their property rights.

No such thing as petty theft

Indeed, the God who sees our hearts most certainly sees our hands. We are caught red-handed at every turn, whether the boss ever catches us with a stash of staplers or the hotel ever catches us with a trove of towels. Not only does God see us, he knows us. We are known by him. Our behavior with regard to the property of others reveals how well we know him. Do we care that he knows us? Or do we regard him as distant and impersonal, disinterested and blind? If we do, we will be prone to taking what is not ours. Ultimately, everything belongs to him. We are guests in his creation, prone to stealing from other guests.

But is it truly necessary to call ourselves out for minor offenses? Yes, make restitution for someone’s ox or donkey, but office supplies? Just as the sins of murder and adultery were the end result of a progression of “lesser sins,” so also theft starts with small infractions and grows to larger ones (or to a larger number of small infractions). Taking what is not ours shows contempt for the rightful owner. We dare not believe that God does not see or care about these small acts of treachery. For Jesus has told us otherwise:

Want to be found faithful in much? Begin by being faithful in the little things. To do so will require belief in a relational God who sees. Jacob’s theft spoke of his wrong belief that God was disinterested and blind. Arguably, so did that most famous first theft of fruit in the garden. Eve was the first human to learn that the thief comes to kill, steal, and destroy. In her story, he came scaled and slithering, lisping lies. And she, formed to bear the image of God, chose to bear instead the image of the thief. But God was neither disinterested nor blind, nor, thankfully, without pity. For though the thief came to kill, steal, and destroy, Christ was given to put an end to taking. He came to prevent loss, but also to provide abundance (John 10:10). And when we follow his example, we, too, turn our hearts toward providing. The thief takes, the Christ-follower gives.

Content taken from Ten Words to Live By by Jen Wilkin, ©2021. Used by permission of Crossway.

Jen Wilkin is an author and Bible teacher from Dallas, Texas. She has organized and led studies for women in home, church, and parachurch contexts. An advocate for Bible literacy, her passion is to see others become articulate and committed followers of Christ, with a clear understanding of why they … Read More