Will Ferrell, Ronald Reagan and the dignity of human life 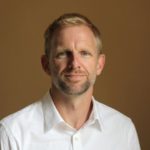 Early this morning, my twitter feed informed me that Will Ferrell plans to produce and star in a new film portraying former President Ronald Reagan. I’ve had many good laughs at Ferrell’s work, including those involving caricatures of political figures (we surely need some humor in this political season). But, there is a problem with this planned production. This one intends to offer a comedic interpretation of Ronald Reagan living with dementia.

For those of us who are close to and love people with Alzheimer’s disease and other dementias, this is shocking, painful and shameful. When you know the tremendous challenges and emotional burdens of taking care of someone with dementia, the notion that this film could be a comedy is unimaginable and insulting.

Alzheimer’s disease is not funny—not in the slightest. It isn’t a comical forgetfulness or repeating a question here and there. Even though it often begins with forgetfulness, it doesn’t stop there. The brain is slowly ravaged by microscopic neuropathology that spreads throughout, taking more and more of the person with it. In later stages, the person is often robbed of very basic abilities, such as walking and talking. Families grieve and mourn as they watch the person they love slowly slip away, sinking deeper and deeper into dementia, confusion and silence. Dementia and caregiving are no laughing matter.

Maybe I shouldn’t be surprised that there are people who would laugh at and even profit from the pain of the most vulnerable among us. The announcement of this film offers us a timely reminder of how critical it is that we address issues of dignity, honor and respect in our culture.

As Christians we are called to recognize the value and dignity of all people. But, we sometimes need reminders that the sanctity of life does not depend upon age, intellectual functioning or cognitive abilities. Instead, our dignity and worth are tied to our status as image bearers of our God, the author and sustainer of all life.

In a culture that would mock a man in his vulnerability, it is critical that we respond to God’s call to honor, stand up for and care for those have lost their voice and power (see James 1:27; Isa. 58; Zech. 7:9-10).  We must uphold the value and sanctity of life, all of it, including those left unable to care for themselves due to dementia. Our care and advocacy is a deep expression of our faith and a welcome expression of love and mercy to those who are hurting and alone in their struggles with dementia and caregiving.

Ferrell’s production is a reminder that we must continue to love, advocate for and show grace and mercy to the least of these among us, including those with Alzheimer’s and their family members who care for them.

Let us speak up for those who can’t speak up for themselves. Let us mourn with the caregivers who mourn. Let us honor the life and memory of Ronald Reagan, a man who struggled under the weight of Alzheimer’s disease. Let us honor him, not because of politics or party, or even because he was President of the Unites States, but because he was among the least of these that our Savior called us to care for in the familiar passage in Matthew 25 (verses 31-46).

For more information, read “11 things you should know about Alzheimer’s disease.”

Dr. Benjamin Mast is a professor of Psychological and Brain Sciences at the University of Louisville. He received his bachelor's degree in Psychology at Calvin College and went on to get his PhD from Wayne State University. Dr. Mast's research interests include dementia, late life depression, geriatric assessment, person-centered perspectives … Read More

How is COVID-19 affecting adoptions?

What should churches do as they consider reopening after the coronavirus?

Shalom, life on Venus, and a conversation with Scott Foshie