Christians are called to love those affected by the coronavirus 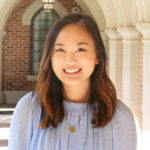 As of today, there are more than 79,000 reported cases of the coronavirus worldwide, the majority of which come from within China. Sadly, more than 2,000 people have lost their lives to the virus, and these numbers are increasing as reporting methods change and China’s efforts to contain accounts are exposed. The ERLC has covered some of the scope of the virus and various government responses.

People across the globe are taking necessary precautions to protect themselves and their communities. However, amid mounting fear of the virus has come some hurtful anti-Asian sentiment and behavior, fueled largely by misinformation.

Fake flyers have advised residents to avoid Asian-American businesses; others joke that the epidemic is a hoax. People have moved seats when a person of Asian descent sits near them, and those who wear facemasks or even cough are ridiculed for or accused of spreading the virus. Reports of bullying, harassment, and physical assault of Asian people have surfaced, perpetuating false stereotypes of Chinese people. These are just a few of the cases of discrimination reported by news outlets, and only some of the stories shared by my friends and family.

The virus has affected more than 50 people in the U.S., and many have been affected by the fear that those who appear Asian—people who have spent their entire lives outside of China—somehow carry the virus. This irrational fear and targeting of ethnic groups due to an illness is not a recent phenomenon. The 1892 typhus fever and cholera outbreaks in New York City led to stigmatization and discrimination of Russian Jewish immigrants. A 1993 hantavirus infection affected the perception of Native Americans in Arizona, New Mexico, Utah, and Colorado. And the 2003 SARS outbreak led to numerous reports of ostracization of Asian people, misinformation about infected restaurants and businesses, and hate speech.

So, how can we exercise a healthy caution toward illness while extending love and compassion toward the people around us and those most closely affected?

Upholding the dignity of others through love

We serve a God who willingly entered our brokenness, who did not judge or avoid people based on their appearance, and whose treatment of the sick was radically countercultural. When Jesus saw a man with leprosy, a repulsive infectious disease, he did not ridicule or shun him, but instead reached out his own hand to touch the man and heal him (Luke 5:12-13).

My hope and prayer is that the gospel of Christ would bring us to our knees in earnest prayer for those affected by the virus and by the hurtful actions of others.

Of course, we should take the proper precautions to promote health. Yet, if this is the character of the God we serve, our response to this rising epidemic should be radically different from that of the world. In the love of Christ, there is no place for name-calling, discrimination, or hate. Instead, we should seek to promote the truth and love our neighbors. We should fight against false stereotypes and affirm the dignity and beauty of all people and cultures. And we should remember that people with illness (and those without) are not people to fear or mock—they’re human beings made in the image of God.

In such a divisive time as this, we as followers of Christ cannot let fear push us further apart. As we seek to uphold the dignity of every person, we must recognize our tendency toward fear of the other, as well as our tendency to mock and find potentially hurtful humor in what we do not understand. We must remember that although not every Asian has been affected by the virus, there are many Chinese people to whom the outbreak is not an abstract idea, but a real and personal concern for their families and relatives. My hope and prayer is that the gospel of Christ would bring us to our knees in earnest prayer for those affected by the virus and by the hurtful actions of others, for our God is the only one capable of bringing true healing and reconciliation, and he has promised to do it.

Grace Liu serves as Marketing Assistant. She helps manage ERLC and Stand for Life social media accounts and assists with other marketing campaigns and initiatives. Outside of the ERLC, Grace serves as Advancement and Partnerships Associate at The Field School and Projects Manager for the Asian American Christian Collaborative. Read More by this Author

How pastors can guard against burnout