Why biological sex matters for athletics

The science of competition and the injustice toward women 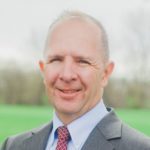 One of my favorite athletes of all time is Florence Griffith-Joyner (1959–1998). Affectionately known as FloJo, she still holds the women’s world records for both the 100-meter and 200-meter open events. What made Griffith-Joyner so endearing was her combination of God-given speed and irrepressible style. Other female runners pull their hair back in order not to have any additional drag from the air as they run.

Not FloJo: She sprinted to the front of the pack with long hair blowing in wind created by her own tremendous speed. And her fingernails were even more famous than her hair, with Griffith-Joyner sporting long nails in bright, fun colors. She was so fast and her nails were so long, it was not hard to imagine that she might just take off and fly! On and off the track, she radiated grace. And yet, as the fastest woman in the world, this American legend would be slower than the fastest male high school athletes in the United States.

The differences that can’t be changed

Why are these young men faster than the women’s world record holder? Because God designed men and women differently, and when we go through puberty, males develop more muscle mass and larger bone structure.3One article says,  “In boys during puberty, sex hormones may have dramatic activating effects for promoting rapid accumulation of muscle mass and the acquisition of muscle strength.” Yang Xu, et al, “Relationships of Sex Hormones With Muscle Mass and Muscle Strength in Male Adolescents at Different Stages of Puberty,” Plos One 16.12 (December 2, 2021): 2. https://doi.org/10.1371/journal.pone.0260521. Nieves, et al say, “Gender-related differences in bone width are more apparent after puberty.” See Jeri W. Nieves, et al, “Males Have Larger Skeletal Size and Bone Mass Than Females, Despite Comparable Body Size,” Journal of Bone and Mineral Research 20.3 (2005): 529 For example, a man’s leg is about 80% muscle, compared with about 60% muscle in a woman’s leg.4Laura Geggel, “Why Do Men Run Faster Than Women?,” Live Science, May 27, 2017, Why Do Men Run Faster Than Women? | Live Science.  This means males can run faster than females.

A 2021 report in Sports Medicine said the advantages in muscle mass and strength conferred by male puberty is only minimally reduced when testosterone is suppressed as per current sporting guidelines for transgender athletes.5Emma N. Hilton and Tommy R. Lundberg, “Transgender Women in the Female Category of Sport: Perspectives on Testosterone Suppression and Performance Advantage,” Sports Medicine 51 (2021): 199 – 214. In 2019, a study published in the Journal of Clinical Endocrinology and Metabolism found that after one year of taking female hormones, male-to-female transgenders did lose about 5% of their muscle volume, but they generally maintained their strength levels.6Anna Wiik, et al, “Muscle Strength, Size, and Composition Following 12 Months of Gender-affirming Treatment in Transgender Individuals” Journal of Clinical Endocrinology and Metabolism 105.3 (March 2020): e805 – e813.

The injustice toward women

Advocates in favor of allowing males to compete with females often make veiled and confused references to “justice” as a reason for their stance, but such arguments reflect not only a denial of basic differences between males and females but incoherent understandings of justice. The formal principle of justice states, “Treat like cases alike, and different cases differently.” Ronald Nash explained this concept and said, “Injustice always exists when similar people are treated differently or when dissimilars are treated alike.” And this is exactly what happens when biological males are granted leeway to identify as females in athletic competition: Dissimilar individuals—biological males and biological females—are being treated alike,7Nash, Life’s Ultimate Questions, 359. and in so doing one person’s subjective autonomy regarding gender identity is being used in an unjust way to give a competitive advantage.

I hope there will be many generations of young women inspired by Florence Griffith-Joyner’s amazing accomplishments. I also hope young women catch a sense of FloJo’s joy for life, realizing that life is a race to be run with excellence; our time on Earth is too short to give anything less than our best and to rejoice in the fact God let us be alive. But our culture already places many challenges in front of girls. Hollywood objectifies young women as sexual objects. Vulgar music cheapens sex. A billion-dollar porn industry distorts the entire culture’s view of women. All these things contribute to a sense of anxiety and inadequacy in many girls, feelings which emerge just as they are trying to navigate the difficulties of puberty and adolescence.

Athletic competition divided into the categories of males and females allows girls to compete on equal footing with other girls, creating a sense of accomplishment separated from the cacophony of confused voices vying for attention. We serve our young women best when we do not place another hurdle on the track by allowing biological males to compete as biological females.

James Alan Branch is professor of Christian Ethics at Midwestern Baptist Theological Seminary. Born This Way? was Alan Branch’s first published book. This book surveys scientific data on the origins of same sex attraction from a Christian perspective. Alan also has a number of articles published for the Biblical Illustrator, Midwestern Journal of Theology and … Read More